Since the beginning of her historic appointment as Editor-In-Chief of Harper’s Bazaar, she has been committed to making a more diversified and inclusive point of view for the famed publication.

Born of a Lebanese mother and a Trinidadian father, Samira described her perspective to the NY Times as “expansive and is anchored in the belief that representation matters.   My lens by nature is colorful and so important to me to begin a new chapter in Bazaar’s history by shining a light on all individuals who I believe are the inspiring voices of our time.  I will work to give all voices a platform to tell stories that would never have been told.”

Harper Bazaar’s March Legacy issue is a true testament to those words she spoke so eloquently to the NY Times.  Who better to embody legacy than the two African-American sisters from Compton who, in my opinion, single-handedly saved the tennis world and added countless new fans to the mix for over two decades, Venus and Serena Williams. 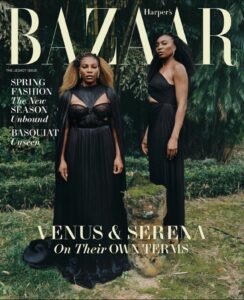 The title of the issue is Venus & Serena: On Their Own Terms.  How fitting for two women who completely did it their way in a sport, that at first shunned them and criticized them every step of the way.  The styling by Samira Nasr shows Serena and Venus in a number of stripped down pieces to capture their natural beauty and powerfulness. 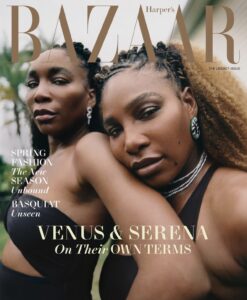 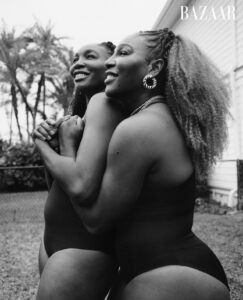 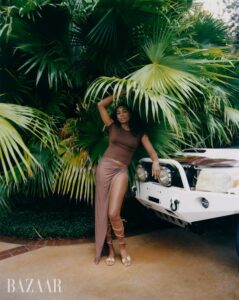 I believe it is safe to say that Samira is not only putting her actions where her words were but also doing it with style, grace and the forward thinking that she wants this new chapter in Harper Bazaar’s publication life to embody.  Kudos to Samira Nasr and we are completely pleased with the March issue.  To see the full issue of Harper’s Bazaar please click the source link below.
Source link